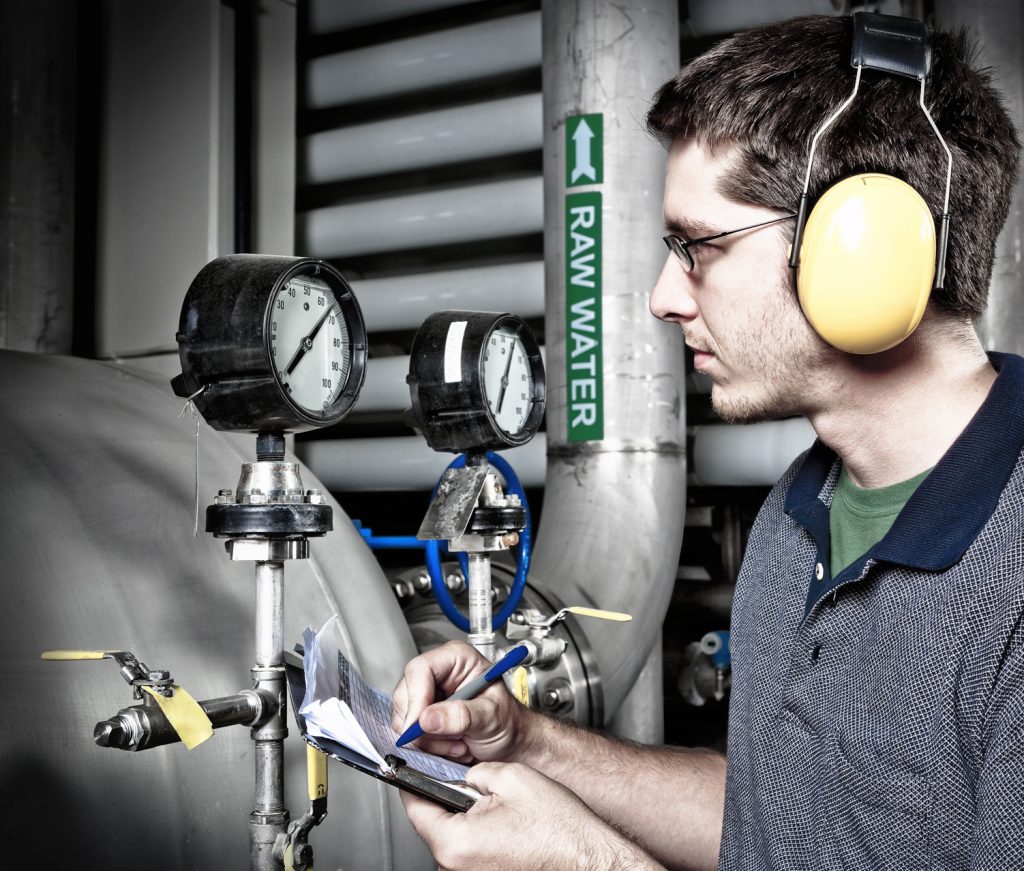 Flowmeters provide a method for measuring the rate at which fluid moves passed a specific point within a larger system. A variety of industries rely on accurate flow measurements as part of their business including:

To maintain proper operation, flowmeters must be calibrated on regularly, based on specific calculations and standards. Calibration ensures that the flow meter is providing accurate readings throughout the standard course of business. Most calibrating procedures require small adjustments to be made to a part, in this case, a flow meter, to ensure that any supplied readings are correct.

Even the most robust flowmeters will lose accuracy over time; a process referred to as falling out of calibration. Often, the decrease in accuracy is related to corrosion or debris buildup, as well as the degradation of parts over time. However, calibrating flowmeters for higher accuracy is an option – one that should be used on a regular basis.

While general maintenance on all equipment is advised, here is a list of some the best practices associated with calibrating flowmeters.

1. Use a Traceable Standard

The standard you institute for calibrating flowmeters needs to be traceable to a widely recognized standard. A traceable process means all required documentation is in place to show how the measurements taken directly compare to recognized national standards. It also provides a more suitable method for proving that any measurements made by the flowmeter after calibration falls within acceptable ranges.

2. Calibrate to a Higher Standard

When you are calibrating flowmeters, you need to ensure that the end result is accurate enough for your needs. One way is to calibrate the flowmeter using a standard that yields four times the level of accuracy than your operation actually requires based on the unit under test.

By using a known standard with an increased level of accuracy, you can ensure your readings are safely within the required range. Additionally, it can be a selling point for your company in cases where flowmeters are used to dispense products that are purchased directly from your business.

For increased calibrating accuracy, it is imperative that the rate of flow remain in a steady state. Calibrating flowmeters is done in real-time by comparing the current output to a known standard. This process is easier to complete if the flow of fluid involved in the calibration and testing process is set to a specific rate throughout the entire duration.

Varying the flow of fluid during the calibration process can lead to inaccurate results especially when comparing the function of the flow meter with the known standard. That means that even after calibration, the flowmeter may not operate accurately since the conditions were not the same during the entirety of the process.

Another point for increased accuracy involves measuring the rate of flow through the meter at the same time as the calibration standard. By using both simultaneously, or within a very short period of time, you can ensure that certain variables are not impacting the readings.

For example, significant temperature shifts can affect the viscosity of the fluid which could change the flow rate of the material between the two components of the calibration test. Additionally, changes in intermediary volume may also affect calibration efforts.

When calibrating flowmeters, complete the process in conditions that closely mimic those present during standard operating conditions. Since the flowmeter is more likely to be used on a daily basis with certain environmental conditions in play, performing calibrations at that time will help increase accuracy while accounting for the operational norms.

When considering the standard operating environment, it is important to pay attention to various factors such as ambient temperature and approximate humidity. Additionally, if the nearby equipment is normally operating while the flowmeter is in use, it may be wise to have it running during the calibration steps.

Depending on the purpose of the flowmeter, the risks associated with inaccurate readings can vary. When it comes to properly dispensing a product, improper calibration comes with two main risks. First, there is a chance that the flowmeter is providing a high reading. This means that the output may be shortchanging customers incidentally. This can lead to a poor reputation in the industry, lost future business, and even legal ramifications. In contrast, if the reading is low, more product may be dispensed than was paid for by the buyer. This means that a company could be losing money incidentally due to faulty flow meter readings.

The risks associated with improperly calibrated flowmeters that regulate fluid for certain mechanical processes can actually be dangerous. For example, flowmeters control aspects of combustion engines, such as air and fuel flow in automobiles. Improper quantities of the materials can result in engine failure or damage. If the engine is in operation when it fails, then the person operating the machinery could be at risk of physical harm.

Even if the associated machinery continues to operate, the improper flow could cause damage over time. For example, abnormal flow rates could cause improper pressure within a system, resulting in additional wear and tear. It may also lead to inefficiencies in the system that causes parts to operate outside of standard specifications.

The frequency that calibration processes should be followed depends on multiple variables. In most cases, manufacturers provide guidance for maintaining the accuracy of their products. Make sure to follow the recommended schedule, and that might be sufficient. However, if it becomes apparent that the output stated by the flow meter and the actual output differ, then it is wise to calibrate the flow meter as soon as possible. That way you can regain proper control over the flow rate and output to support proper operations. Failure to do so can put you, your equipment, and your business at risk, so calibrating flowmeters should always be a priority.