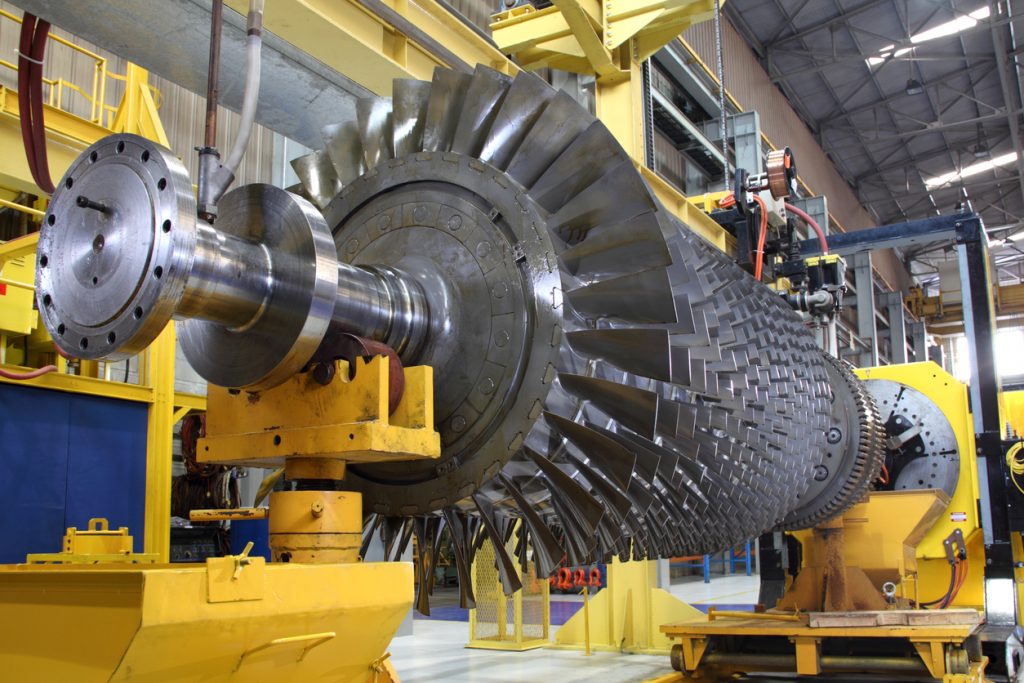 A turbine is a mechanical device that generates electrical energy by harnessing the flow of a fluid. Every turbine features at least one moving part associated with the rotor assembly. These assemblies are comprised of a primary shaft or drum that has blades attached around the curve. As fluid moves across the blades, the rotor assembly begins to rotate, and that motion is ultimately converted into electricity.

In fact, almost all of the electrical power used across the world is created through the use of various turbines. Additionally, they can be used on a large scale, such as by a power plant, or on a smaller scale, for example within a traditional internal combustion engine.

Turbines come in a variety of types based on how the fluid is created or harnessed. For example, steam turbines use thermal power to rotate the assembly while water turbines use directed jets of water to facilitate rotation. Wind turbines are becoming popular for generating electricity as the only source of energy needed is the naturally occurring wind across open outdoor spaces. Other common types include:

With so many mechanisms for creating electricity with turbines, there is likely a version suitable for almost any industry in the country. For example, turbines are featured in prominent roles in the aerospace and automobile industries, as well as petrochemical, natural gas, laboratory, and certain portions of the food industry.

While many would assume that the more electrical power that can be generated, the better, though that isn’t always the case. Most turbines are designed to work at particular speeds or under specific circumstances. If too much pressure is created by the fluid in use, there is a risk of damage to the turbine, or even complete failure. In cases where turbines are used for movement, such with airplane engines, a turbine failure could be catastrophic.

To prevent turbines from being operated in unfavorable conditions, as well as to monitor the general efficiency of operations, flow sensors and controls are installed. Flow sensors provide a mechanism for monitoring the flow of fluid through the turbine while control systems allow adjustments to be made to improve performance or keep things working at a specific level.

Flow meters are devices that measure the amount of fluid that has passed between two points. For example, most city water services employ the use of nutating disk flow meters to generate water bills for customers. When water faucets are turned on in the home, water passes the nutating disk as it is directed through the pipes. The meter measures the flow, often within an accuracy rate of one percent, and provides a reading that the utility company can use to determine total water usage at the location.

When you need a flow sensor in situations that include near zero speed and no magnetic interference, then RF pickups are the ideal choice. Often used in turbine flow meters and certain turbine engines, RF pickups are an alternative to the magnetic (or mag) pickups used for certain other applications.

However, mag pickups are suitable for any situation where the presence of a magnetic field has no notable impact. Additionally, they are ideal for situations where shock-proof sensors are required. In most cases, mag sensors are used on items such as slotted wheels. As the wheel rotates, the sensor is receptive to small pulses as specific points in the wheels pass by. This allows for the calculation of certain metrics like speed.

Most turbine systems include flow control valves. These valves are designed to adjust the rate at which the fluid passes into the turbine. When the valve is closed, all fluid movement ceases and, when it is open, fluid moves unimpeded at the full rate of speed based on the internal pressure and the fluids involved. Some valves support a partially open state which allows fluids to move through the turbine, but at a lower rate or speed than when the valve is completely opened.

Flow computers provide a method for performing certain calculations based on the information provided by flow meters and sensors. They are programmable solutions that can be customized to meet the needs of the buyer. Often, these systems are used during financial transactions involving a specific volume or mass of a particular product, such as natural gas and various petroleum-based products. 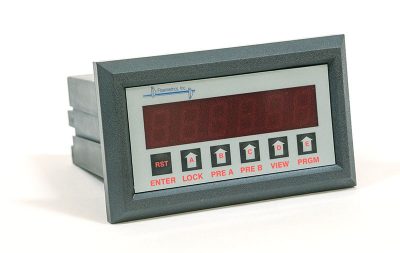 When a specific volume of fluid is repeatedly required, such as filling a specific space, then batch controllers can be used to automate the process. The batch controller is set based on the desired amount of fluid passage and receives information from the flow meters to help monitor the current rate of activity. Once the meter signals that the required amount specified in the batch control process has been reached, the filling process stops.

Not every component listed above is used within every system. For example, not all turbines may require batch controls if the rate of use varies between each occasion. Additionally, flow computers are not required if individual financial transactions relating to the sale of specific products is not part of the business model.

In some cases, a function is required, but the exact part in use will vary. For example, whether the fluid passing through the system has magnetic components dictates whether magnetic or RF-based sensors are ideal. This means it is always wise to examine each application for turbine technology individually to determine the best setup to produce the desired results.