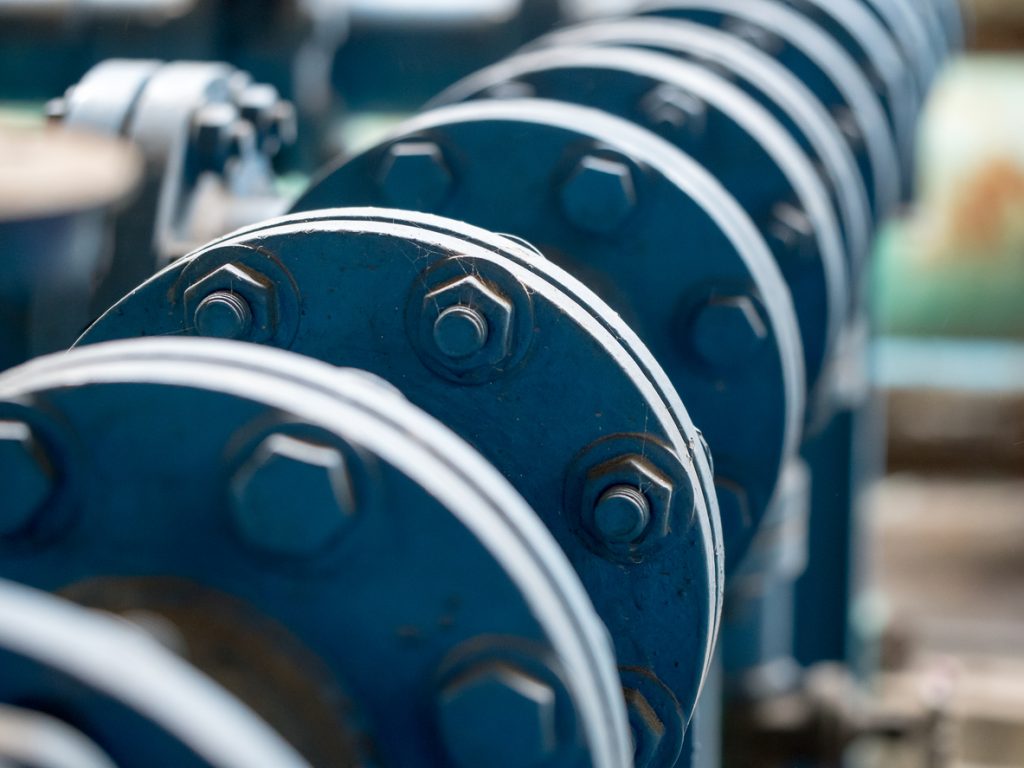 Hot bolting is a specialized technique that requires an evaluation of the area in question both before and after the actual procedure. It is a skilled discipline that requires expert technicians to carry out the entire process.

As safety concerns take paramount importance across all industries and new technologies continue to replace old methods, could we be coming to an end for this application?

What Is Hot Bolting?

Hot bolting is a technique of re-tightening or completely replacing the connection bolts which hold together sections of piping. The added difficulty of this procedure is the fact that the pipes are left “live” and in use during this process, which gives rise to the term “hot” bolting.

By systematically replacing the bolts around a seal, the integrity of the structure suffices to keep the seal intact while the joint is upgraded. It is also common practice to loosen, lubricate and then re-tighten the same bolts back into place, which again serves to increase the durability and the lifespan of the connection.

Although normally carried out on pipes which contain a flow of gas or liquid from the fossil fuel industry, hot bolting helps to maintain and increase the structural integrity of the piping system. It does this by strengthening the weak links that are detected in the network and so making the network safer and more robust.

The Dangers Of Hot Bolting

There have been numerous accidents caused by this procedure, and as such it is often viewed upon as an outdated technique. Arguably, though, it is only a real problem if the utmost safety procedures are not correctly applied.

There is also a belief that over-confidence within some technicians has been the root cause of some accidents, while other calamities have been blamed on guidelines not being thoroughly followed, especially in the preparation work which is carried out in assessing the job.

The dangers that do exist with hot bolting, however, are very real as it involves the use of a naked flame in an area that could potentially have a gas leak with a lot of fuel behind it.

The Advantage Of Hot Bolting

As one of the most dangerous aspects of engineering maintenance, hot bolting offers the almost unique advantage of being able to carry out substantial maintenance work without creating any downtime or affecting the operation of the system that it upgrades.

This is of particular use to the fossil fuel industries, which are unable to easily close down their systems to accomplish such work as replacing deteriorating bolts and improving the strength of the joints. This is also useful for upgrading sections of piping that may currently be constructed with older bolts and connections.

Another reason for this practice is to provide a quicker deconstruction of the pipework when closing down either a plant or a section of transportation piping. This can be safely achieved and simultaneously provide huge financial savings for the company once the operation has come to an end.

There are many considerations that need to be taken into account with the process of hot bolting. These considerations could help towards increasing safety by application and implementation. They present themselves as a strict set of guidelines surrounding the practice, such as:

Within the practice itself, there already exists a complex set of guidelines for the operation in practice. However, the biggest problem is in ensuring that this process is carried out by technicians who are not only fully qualified in their field but also continue to strictly adhere to these guidelines at all times.

New Technologies That Avert The Need For Hot Bolting

As of yet, there are no cheaper alternatives available to this process, which is exactly why it still exists. There have been developments in the type of piping, and the materials and components which are used in these joints that have seen much safer working practices introduced.

Flange springs are one such innovation which allows for more movement within the bolts, while keeping the main seal of the joint intact and safe from any leakage. Other new technologies that are being introduced into this practice include gas and leakage detection equipment, which can monitor the stress of the work area much closer and more accurately than before.

The greatest problem facing this industry is not in the lack of a new technology, but in how widespread the current technology is meaning that even if a new solution was found, the existing networks are so extensive that they won’t be able to logistically overhaul everything for a long time.

Final Thoughts Towards The Future

With new developments in piping reducing and the need for as much hot bolting to be undertaken, there is still a large network of pipes across the world that rely on this method of maintenance, and these are unlikely to be upgraded to the extent that will totally nullify this need.

Until then, an education of best practices and strict guidelines needs to be emphasized heavily. This will assist in avoiding accidents from occurring, something which the fuel industries have very much improved upon year-after-year for some considerable time now.