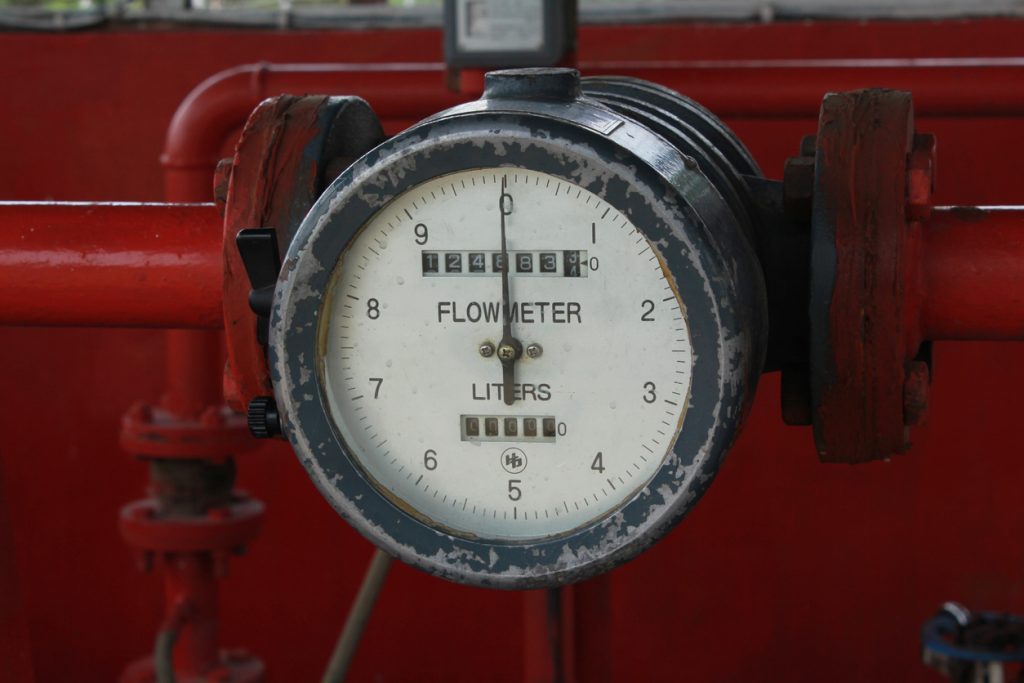 Turbine flowmeters can be used for many different applications and carry out vital work measuring chemicals, fluids, and gases. They are used in many different industries to control the flow of products and materials. Anywhere the surge of a liquid or gas needs to be carefully measured and controlled, you will find a turbine flowmeter. It is very important that turbine flowmeters are kept protected to keep their sensitive parts working properly, and one way to do that is with weatherproof housing.

How Does a Turbine Flowmeter Work?

Turbine flowmeters are a specific device that measures the rate at which fluid passes through it. The energy is measured by the angled blades on a rotor. As the water or fluid moves through the meter, the blades move in a clockwise or anti-clockwise motion. The rod then spins and the speed at which it moves is measured. The faster it spins, the faster the liquid is moving.

How is the Flow Rate Measured?

The speed that a fluid moves through a turbine flowmeter is called “volumetric rate”. It is sometimes measured as standard cubic centimeters per minute (abbreviated to sccm) but the standard unit of measurement is m3/s. This measurement assumes the liquid is at a steady temperature and under a constant pressure. You can also get flowmeters that use standard cubic feet per minute or per second to measure the rate, depending on how fast the liquid is expected to move. Other units you can use to measure a flow rate are gallons per minute, litres per second, bushels per minute and acre-feet per day.

What Affects the Flow Rate?

The speed a liquid or gas moves through a flowmeter can be affected by several different factors.

Flowmeters have lots of moving parts and can be a very sensitive piece of machinery. They need to be robustly made both inside and out to be able to handle harsh chemicals and crude oil. There are times when a turbine flowmeter will be exposed to the outdoors, such as if it’s being housed outdoors or when moving liquids across long distances. In these instances, turbine flowmeters will need to be protected from the elements by providing weatherproof housing. This can be done by using epoxy resin or another hard-wearing material, such as stainless steel.

Vibrations can cause cracks and damage to your turbine flowmeter, which can allow debris, brit, or air bubbles to enter the fluid. Having foreign objects or air bubbles in the fluid can affect the turbine flowmeter and you might not get an accurate read on the rate of flow. If your turbine flowmeter is housed outside, it is extremely important to protect it with weatherproof housing in order to avoid vibrations. While you can use damper plates to reduce vibrations, having the added protection of weatherproof housing will also help your flowmeter’s resilience. The housing should be made of a non-magnetic material so it doesn’t interfere with the magnet sensors inside the unit itself. Most turbine flowmeters are housed in an explosion-proof casing, which is rated by class and keeps the pickup coil safe. Ideally, a turbine flowmeter should be made from one continuous piece of metal or molded plastic. By reducing the amount of parts that need to be fixed together, you can reduce the risk of breakages from vibrations or exposure to the weather. This will appeal to many companies and persons.

How to Avoid Damage From Occurring

When you first receive your flowmeter, you should check it over visually to make sure it has no defects from damage in transit. Install your meter in the correct manner according to the instructions and choose the right fittings to make sure you have an airtight and watertight seal before you load it with water. When using your flowmeter for gas, you should install it at a completely level horizontal angle so it can be measured accurately. With liquid, you can install it either horizontally or vertically. If the flow will stop and start, you should add the flowmeter into a high point of the pipe system. This means that if there are any solids in the pipes that they will settle at a lower point when the flow stops and won’t clog around your flow meter. The way fluid moves through a pipe can affect the measurement as it twists and turns. For this reason, most turbine flow meters are built with flow straighteners which minimize the affect of swirling fluid. To get the most accurate measurement, you should put about ten meters of pipe either side of your flowmeter. This pipe should run completely straight and level with your flowmeter so it is able to pick up a precise reading.