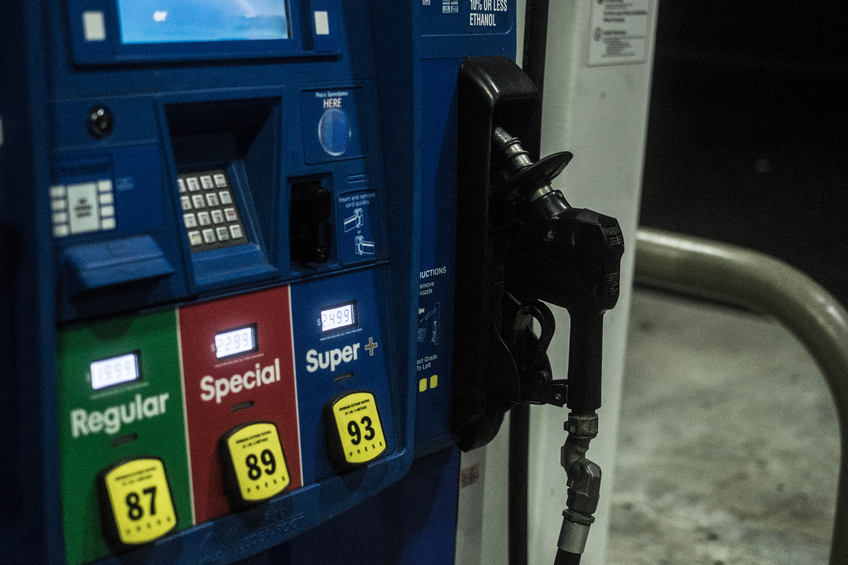 Once an oil source is discovered and drilling takes place, the crude oil that is extracted from the earth must be transported from the refinery to other locations. For example, the oil may be transferred to large tanks, trucks or even ships designed specially to carry fuel. In some cases, the ownership of the crude oil may change during the extraction process. As a result, precise flow measurement becomes vital for a number of factors:

This exchange of crude oil to another party or facility, which is usually known as custody transfer, must be measured precisely with flowmeters to ensure the exact amount has been paid for and loaded before the next step of processing can begin.

Once crude oil is brought up from the earth, certain components must be separated from the petroleum before it can be made into the gasoline that is eventually delivered to your local gas station. First, the hydrocarbons in the oil are separated from other elements that include minerals, water and salt. This separation must be completed before the oil can be refined further and because the other components that are found in unrefined petrol are usually not viable sources of energy.

Once the separation is complete, the remaining liquid hydrocarbons are then measured with flowmeters to gauge exactly how much pure product can be sold. The accuracy of the meters is vital to both parties involved in the sale, especially for measuring the percentage of impurities that is allowed in the petrol by law. This is also the stage at which detergents and other components are added to certain types of fuels, and the additives must also be carefully measured to ensure any type of cleansing or enhancements are added in amounts that are allowed by state and federal laws.

Once fuel hydrocarbons are separated from base elements, they are then processed to meet certain condensation and dew point requirements before the fuel can be transported in tankers or sent through pipes. If the dew point is too high, then too much of the liquid hydrocarbon may condense during transfer and be wasted. Flowmeters are important for this processing step because if the dew point is measured inaccurately, a great deal of fuel may be lost, especially if it must travel a long distance before use. The fuel’s dew point is also tied to certain safety regulations, particularly when it comes to how the fuel should be disposed of on oil rigs.

Before refined and treated gasoline can reach your local fuel station, it usually travels through pipelines to local gas terminals, where large road tankers fill up in order to make the final delivery. Pipelines are typically capable of delivering a variety of gasolines to the holding terminal, such as diesel and premium products that have been treated with detergents or other elements to help keep your car’s engine running at peak performance. Pipelines usually carry fuel to multiple terminals and as such, the use of accurate flowmeters is important for measuring pressure, rate of flow and whether the pipes are working properly.

Because so many different types of fuel are pumped through pipelines, flowmeters are also essential for gauging product degradation during delivery to the terminal. This is especially true of pipes that carry continuous or high-volume flows because product downgrade may occur more often depending on the flow rate. As a result, this rate must be measured with flowmeters almost constantly to ensure that the product being delivered to the terminal is still of high quality.

At the Gas Pump

The final step in oil and gas processing is to deliver it to local gas stations, where it will be used by consumers like you. You may not give a lot of thought about how the gas flows from the pumps and into your gas tank when you fuel up, but the process is not as simple as you might think. When the gas is delivered from a terminal, it is deposited into underground tanks at the gas station. These tanks are connected to the station’s pumps, and when you pay for a sale, the inner workings of the pumps tick off the number of gallons you dispense.

It may surprise you to realize that flowmeters are involved in this final fuel exchange, and in most cases, they are built directly into the pumps. These meters measure the amount of gas that is flowing through the pump and report their findings to the pump’s digital dispenser. The flowmeter is also responsible for measuring the temperature of the gas you pump, as heat or cold can affect the overall flow and measurement readings. As you can see, the flowmeters contained inside a gas pump are responsible for a number of important tasks and help ensure that you do not overpay for your car’s fuel.

The Future of Oil and Gas Production

Advancements in technology are allowing oil refinery companies to experiment with safe and efficient ways to produce the fuel that is used all over the world. Refineries and terminals are also working to upgrade the way fuel is delivered so that the quality of the gas you use remains consistent. There is little doubt that flowmeters will remain a vital component in oil and gas production, as each company involved in this fascinating process will continue to strive for accuracy and efficiency in the years to come.