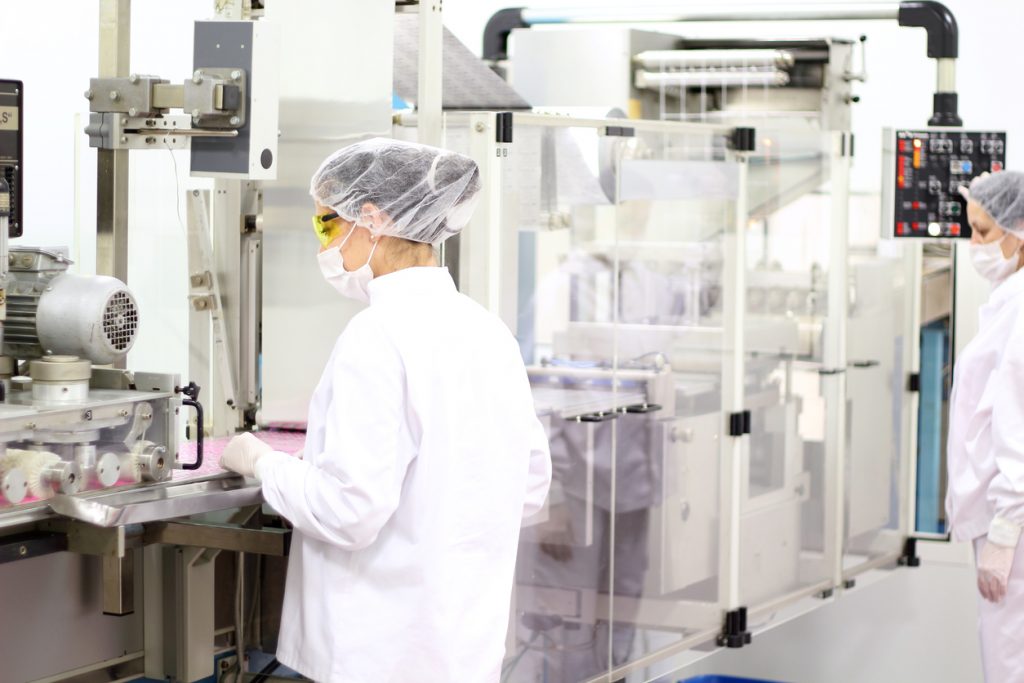 Mass flow as opposed to volume flow is a pivotal factor in capturing the full potential from a system, due to the degree of control that it provides the engineer.

While the accuracy of flowmetering devices in laboratory environments needs to be as precise as possible, because of the often delicate procedures that they monitor, this is further complicated by the low flowrate with which they’re measuring across the system.

The small diaphragm pipes used in these processes are often less than 0.5 inches (12.5mm) in diameter which requires small-scale, specialist parts to monitor what can be very low energy systems, and this brings about a further problem. Low energy systems are susceptible to relatively large pressure drops throughout the fluid network, especially in the case of gaseous fluids.

This pressure drop is caused by friction against the inner walls and other fluid particles within the pipe. This effectively removes the momentum from the fluid mass in a relationship directly proportional to the distance the fluid is transported, and is similar in nature to moving a coiled spring.

This does, however, bring the advantage of laminar flow which is much smoother in nature and therefore easier to record as there is almost no turbulence within the smaller pipes. Another distinct advantage offered by these conditions is the use of clean fluids which can aid precision from the fact that their characteristics are unaffected by impurities or contaminants. This allows for much more specific calculations to be determined with regards to the behavior of the fluid flowing through the observation point.

As with many problems, there are several potential solutions to calculating the mass flow of fluids under these circumstances. We look at four differing technologies for doing so in the sections below.

1. Inertia and the Power of Motion – Coriolis Flowmeters

The first effective way to measure low flowrates was achieved using the inertia of the fluid moving through the pipes. Known as Coriolis flowmeters due to similarities in principle to the Coriolis effect, these flowmeters still provide a sufficiently accurate method of measurement to this day.

This is the principle that flowrate causes the tubing to twist in shape at a frequency which is directly proportional to the flow-rate enabling a precise measurement to be made. While single-phase flows have always been accurately calculated from inertial mass flowmeters, developments have recently been made to expand its use of more complicated set-ups, which includes their application in low-energy systems where a high sensitivity and level of accuracy is necessary.

One major consideration for their use is in the type of fluid that is being measured, as these devices suffer a large drop in accuracy if the fluid they’re surveying contains any air bubbles in the flow stream. These have the effect of disrupting the expected behavior of the flow dynamics which therefore alters the resulting outcome, producing inaccurate measurements.

Another early form of calculating flowrates was the use of measuring heat loss over short distances. There are two common types of thermal mass flowmeters still readily used in controlled conditions:

Both of which use two sensors positioned in the flow stream, with one heating the surrounding fluid and the second recording the temperature at a point further down the system.

Thermal flowmeters were traditionally prone to naturally occurring fluctuations in the properties of the fluid.  As the temperature and pressure within the system varied, this would distort data being produced by the sensors and consequently affect the accuracy of the measurements.  With advances in sensor technology and the computer processing systems which power these devices, this problem has long been eradicated.

Another area which is still perceived to be a weakness of thermal flowmeters is in mechanical failure caused by reverberations and physical impacts on the equipment. Early designs suffered accelerated fatigue but again this is no longer an issue with manufacturers now using modern materials and improvements made to the overall design and build of the equipment. However, there is one major limitation with thermal mass flow devices for laboratory applications and this is  in their relative accuracy.

With a typical accuracy range between 1%full scale to 2%fs, there are certainly more precise options available, but perhaps single the biggest drawback with thermal mass flow decides is the accelerated loss of accuracy, which occurs once the fluid systems move beyond its parameters of operation such as the turndown ratio. Thermal mass flow devices do provide a highly reliable alternative, though, and prove a strong fiscal option when the requirements of the control fall within these restrictions.

Ultrasonic flowmeters are widely regarded as a great all-around solution to measuring flowrates to a high level of accuracy, across all applications of flow measurements with negligible amounts of pressure drop-off and effects to the stream of fluid being caused. There are two main types of ultrasonic meters currently being widely used under clinical environments, they are the Doppler shift meters, and time transit flowmeters.

If air bubbles are present in the flow of fluid being measured, the Doppler shift flowmeter is highly suitable, as they specifically use these bubbles or other solid particles within the fluid to measure the rate of flow of the passing fluid by observing reflections caused in on a beam of sound waves.

Time of flight flowmeters meanwhile operate by sending a controlled signal between two sound-wave transmitters across the flow of the fluid, measuring the effect that is created upon the frequency of this sound wave by the passing fluid that is exasperated with a higher flowrate.

Compared to the options above, these systems are more sensitive to outside factors which can effect their performance. As a result, they require careful installation by trained engineers and frequent calibration to maintain their levels of accuracy ensuring they operate at maximum efficiency. Although they’re potentially a much more expensive alternative, ultrasonic flowmeters do produce an unrivaled precision in their measurements.

Flow cytometry is the most recent solution to this problem. It also provides the highest level of accuracy, therefore, is the most expensive option and is only suitable for very specific, high-end applications. Flow cytometry systems employ multiple lasers to detect and even maneuver individual cells at a molecular level. This system, therefore, has many further applications than simply detecting flowrates. It currently can’t be used for the processing of gaseous fluids, with the material passing through the detection area needing to be at least carried within a liquid.

Flow cytometry is still an evolving technology and an exciting field of development. It has already has found application in scientific research and medical diagnosis to name but two areas of importance.