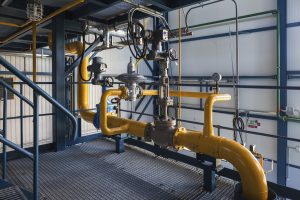 Flow meters are common equipment with any system designed to transport fluids or gas from a point of origin to multiple delivery points. Like any type of equipment, normal wear and tear, malfunctioning components, or even things like leaks in the lines can affect the efficiency of the meter. When the goal is to make the best use of limited resources, like in the case of the current water crisis in California, calibration provides several key benefits. Here are a few examples to keep in mind.

Identifying Disparity Between The Standard Flow and the UUT

Calibration makes it possible to identify when a system is performing at reasonable levels. This is accomplished by comparing the rate of flow during normal operation with the results of the flow during what is known as the Unit Under Test or UTT. If the system is functioning properly, there will be little variance between the two figures. When the disparity is outside an acceptable range, that could mean the meter is in need of replacement components. At the same time, it could also mean there is a flaw in the delivery system that is preventing the meter from providing the most accurate readings.

Fluctuation in the Rate of Flow

In order for the calibration to be successful, the rate of flow during the testing must be constant. If something is happening to cause the flow to change in terms of volume or pressure, there could be a problem with the meter. Those fluctuations could also indicate a breakdown elsewhere in the system. Checking the meter to ensure all components are working properly will make it easier to isolate the issue and take action to restore control of the flow.

Detecting the Presence of Dirt or Corrosion in the Meter

The disparity could also indicate that some type of residue has collected in the system and is interfering with the function of the meter. This is most likely to take place when the filtration methods used do not adequately remove contaminants as the water flows through the system. The presence of the residue will create a false reading that may seem to indicate the flow meter is malfunctioning. If the meter is in perfect working order, then checking the system for dirt or corrosion is the next step.

Identifying the Presence of Leaks

Leakage is another issue that can cause the calibration to fail. That’s because the variance between the actual flow and the UUT are increased significantly. Checking the meter and finding no signs of deterioration will prompt a check of the lines used to convey the water. There’s a good chance that one or more leaks will be located and subsequently sealed. Once that’s done, the calibration test will return positive results.

The waste of resources, especially when any type of shortage is occurring, is something that must be avoided at all costs. Choosing to set up a schedule for calibration and having a professional manage the task is one of the best ways to determine if the meter is doing the job and if there is a problem beyond the meter that needs to be addressed. Rest assured that the testing and equipment checking will result in efficient water management that makes it easier for businesses to function and consumers to have access to enough water to get by until the drought is over.

If you are reading this on any other blog than Flowmetrics it is stolen content. Follow us on Twitter@Flow_metrics. Come and visit our blog at http://flowmetrics.com/blog/.